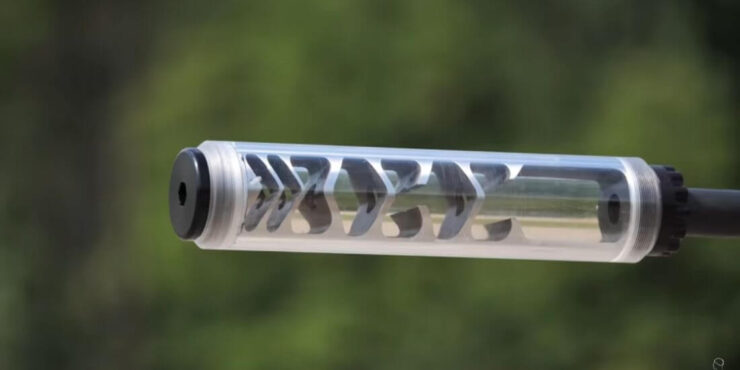 The invisible force that moves you backward immediately after firing a bullet is known as gun recoil. This occurs according to Newton’s third law – for every action, there is an equal and opposite reaction. As soon as the trigger is pulled, a backward force goes down the gun in response to the forward force caused by the fired bullet.

While practicing in the shooting range or while going for hunting, we often use firearm silencers or suppressors. But do suppressors reduce recoil? We will reveal that in the article. But in order to know that, you need to have a little knowledge regarding firearms. Here you can check multi-cal suppressor buying guide to buy now.

How Does Firearms Work?

Firearms refer to all sorts of guns, but for the sake of the article, let’s focus on handguns or pistols. We all are well aware of the trigger, the barrel, and the bullets; what we do not know is how does a bullet escapes from the gun.

Inside the gun, what we fire is called a cartridge, and it has 3 parts: primer, propellant, and bullet core. When the trigger is pulled, a spring mechanism occurs and hits the metal triggering pin behind the primer, causing the primer to ignite. The primer then ignites the propellant.

This burns at a high temperature and produces a huge amount of gas, causing the bullet core to release. The next cartridge can be placed manually in the casing, or it might be automated.

Due to a process called deflagration, the propellant gas does not burst all at once, rather it burns slowly. Inside the barrel, there are spirals that cause the bullet to swing in rounds, and this helps in maintaining its velocity and direction.

When the bullet flushes out of the muzzle, it acquires the highest speed and produces recoil. This recoil sometimes causes the person to fall backward too.

Suppressors are metallic cylinders with baffles inside to rapidly decelerate the heat produced by the propellant gas. Thereby decreasing the muzzle blast, there is a reduction in the acoustic intensity. They range from 150 mm long to 45 mm in outside diameter.

And suppressors are usually made of aluminum, steel, or tin. They can be an integral part of the weapon or can be detachable. The baffles play an important role in reducing the heat produced by gas. They are circular metals that separate the expansion chamber, causing the release of excessive heat.

So, they have a hole inside to permit the passage of a bullet. However, the suppressors do cause a significant reduction in the gun recoil without any difference in the velocity of the bullet.

Reduction in Recoil by Suppressors

Studies show there is a decrease in 25% of recoil when suppressors are used. Suppressors, when attached to the barrel, produce an extra length, causing the gas to expand. The explosives, when released at high pressure, causes a significant increase in the noise and recoil.

When this gas gets expanded in the suppressor’s chamber, recoil is felt less. The baffles help to increase the space in suppressors’ chambers and help in precise aiming.

Eliminating recoil has a significant benefit for the user. Let’s get to know them:

Guns with suppressors are easier to shoot; therefore, repeat shots are done faster.

Shooting the bull’s eye is a lot easier by using suppressors.

There is no fear of kickback, so accuracy is better.

Less Chance of Injury by Backward Force for Novice Shooters

Most of the shooters are immune to recoil. But for beginners, this is a huge cause of fear. Suppressors eliminate the recoil and make them a pro shooter.

This is an extra benefit of the suppressor itself. They cause a reduction of 14-15 decibels. Firing in short-ranged space produces severe ear damage. Suppressors eliminate the chance of ear ringing when fired in a small perimeter.

The minor things are the most important ones when it comes to shooting. Recoil has a similar impact on the shooters also. Injured from trying to shoot the target is quite sarcastic.

Suppressors come with solutions from achieving the target to the reduction of recoil to noise reduction. We hope this article “Do suppressors reduce recoil?” was resourceful to enlighten you with the desired knowledge.