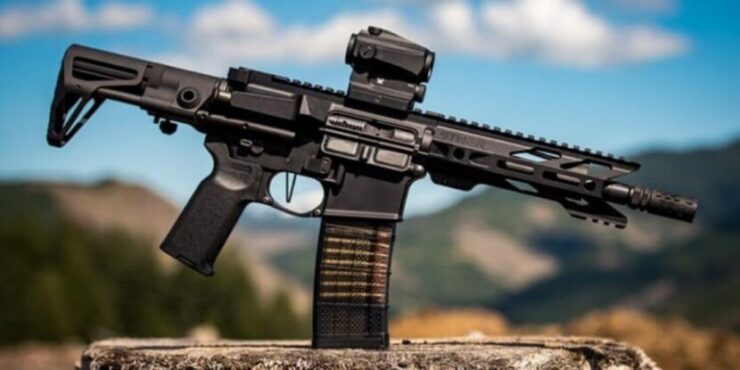 Overgassing in rifle guns is very dangerous and hard to fix. Some industries used to believe that overpassed AR-15 guns are better and more reliable. But later on, it was proved to be false.

Overgassed guns cause the most problems, especially with bolt mechanisms. It causes problems with bolts locking and unlocking, failure in ejecting, etc.
To prevent this, you must first know how to fix an overgassed AR15 so that it runs properly without flaws.

Below we’ll be discussing some problems faced because of an overgassed AR15 and then learn how to fix these very problems:

An overgassed AR15 will kick or eject in a harder or rougher way. This creates extra pressure and puts more strain on your rifle components. When this happens, this decreases the durability of the parts because they’ll get worn out from the stress.

Among all this, your safety is the most at risk. An overgassed AR15 is basically a catastrophic firearm, and you could get a serious injury if the gun backfires. For example, if the bolt revolves too fast and aggressively, it could bounce on the lockup. And while the bolt is out of charge, a primer could ignite.

This turns your gun into a ticking bomb. Eventually, you’ll get hurt. People use some stopgap patches to make their rifle safer, but it barely helps with something as dangerous as an overgassed AR15.

Some people also add gas blocks that are adjustable. Additionally, you can increase the buffer spring weight along with doing this. But these tricks will only decrease cycling speed but not fully fix the problem at hand. If anything, this solution might make matters worse since it’ll increase strain on the gas block.

The only available solution to fixing this problem entirely would be to change the entire barrel. Make sure the barrel you bought has the same gas port size as the old one. It has to match the rifle’s gas and barrel lengths.

For example, a gas system of 10.5-inch barrels with carbine length would have to use a gas port of 0.07 diameter. This ensures the proper balance of gas flow without straining.

Other than overgassing problems, the magazine is the cause of this. You can try changing your magazine. But if that doesn’t work, then you need to check your bolt catch and see if it’s dirty. If it is, that means it caused the prevention of movement and made it hard for the bolt to lock in time. After you clean it, it should work.

Overgassing causes the case to get stuck in the chamber, or damage the bolt from the strain. You should try mortaring the places where it’s jammed. Collapse the stock and point the rifle upwards.

Slam the rifle on the ground and pull the charging handle back at the same time the rifle hits the ground.
If this procedure is carried out properly, then the bolt will unlock, and the jammed or deformed case will come out.

Tuning your gun regularly helps prevent overgassing of rifles. You should always run your AR15 after lubricating it. This helps to keep everything running smoothly with no jams or overgassing. The dryer the rifle, the more chances it has of overgassing.

And the above methods should help you understand what areas might cause overgassing since those areas seem to stop working properly or cause firing problems.