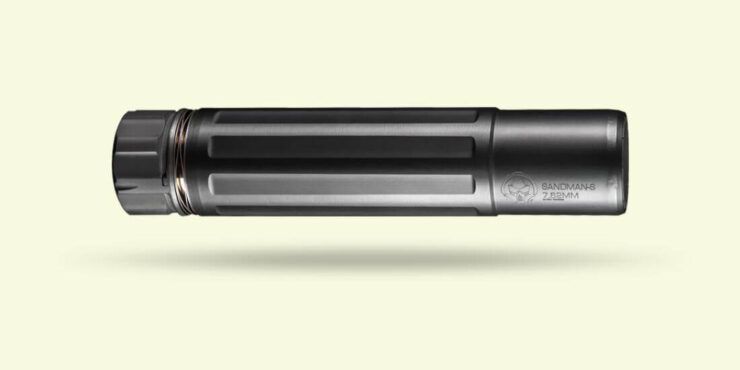 While growing up, we have all watched Hollywood action scenes with shooters and snipers, which made most of us nurture a keen interest in firearms. This has led some of us to develop the desire to own one, be it due to our military career or for personal safety reasons.

In shooting bullets, something that all of us might have noticed is how some firearms don’t make any significant noise at all! But how does this happen? Well, the cause lies in using suppressors. Want to dig into it more? Follow us through as today’s article is about sealed suppressors. Here, we’ll answer what a sealed suppressor is and other related questions.

What Is a Suppressor?

A suppressor, also known to be a sound moderator or a silencer, is practically a device that reduces the intensity of sound and light of gunfire when shot.

This is done so by building a tube with a sequence of dividers. It facilitates entrapping of the speed and pressure wave of the expelled gas and consequently slowing down their release into the air. Thus, it results in lesser noise when bullets are fired.

Now, suppressors can be broadly categorized into two basic camps – user-serviceable and sealed.

Sealed Suppressors – What Are They?

You might have already guessed what it is by now, but we’ll go on and explain the basics to you anyway.
Just how it’s named, a sealed suppressor refers to a suppressor that is sealed at the front and end caps at the very slightest. This is mainly done through welding the caps to the tube where more welding generally means a more durable and sealed suppressor.

There are a couple of levels through which you can easily weld a sealed suppressor, for instance – cap welding, tack welding, monocore, etc.

Why Use a Sealed Suppressor?

Why exactly has a sealed suppressor gained so much popularity in the recent years? Here’s why –

A sealed suppressor lowers the noise created during shooting, thus creating an almost soundless environment for both the shooter and the surrounding people. No more closedowns of shooting ranges anymore!

Sealed suppressors tend to reduce the recoil and the increasing muzzle. This ensures much more stability in controlling the firearm. As such, the decrease in the kickback results in much more enjoyable shooting experience.

Even though many might argue on this, a sealed suppressor does result in a better aim to some extent. Due to its extra weight, lesser noise (prevents withdrawals), and reduced recoil, sealed suppressors serve as an amazing firearm for a much more accurate shot by the shooter.

Due to the drop-off in sound by sealed suppressors, it is now easier for the shooters to avoid hearing protections. But if you’re a regular shooter, you might want to reconsider this and wear hearing protection anyway as constant shooting noise may affect your eardrums in the long run.

How to Get a Suppressor?

Under the NFA (National Firearms Act) enacted in 1934, owning a firearm may be hard, but it is not impossible. Along with new safety issues rising up every day, you may want to get one for yourself. But how can you do that?

In order to own a multi-caliber suppressor, you simply have to buy one from a gun shop. However, to have full control over its use, you have to pay a $200 tax stamp, provide your fingerprints alongside filling out some necessary paperwork according to the NFA.

Most gun shops nowadays have a detailed process to guide you through the way, starting from choosing the perfect suppressor for your type to handling the paperwork. A downside to this is that the processing is quite slow by the ATF and may take up to 12 months to get the license.

So, now that you have the ideas of a sealed suppressor and its perks, do give it a thought of owning one if you’re into regular firing and guarantee a safe and soundless shooting for yourself!