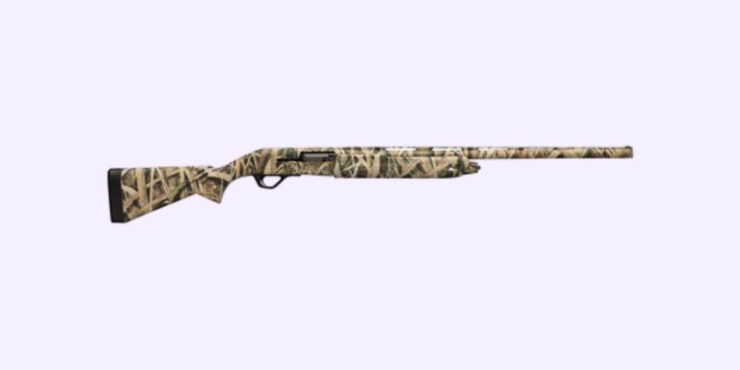 The Winchester SX4 is a premier line of shotguns from the makers of some of the greatest rifles in the world. A replacement to the much-acclaimed SX3, the SX4 has topped the charts as an entry-level hunting shotgun for the masses that is easy to use and has great recoil management. So, what is it like out on the trip? This is just one of the questions we will be answering with our Winchester SX4 review.

We will take an in-depth glance at some of the notable features, match them to your criteria and help you decide whether or not you should be adding one to your gun cabinet.

The Winchester SX4 is a hunting shotgun. While its versatility also allows it to serve as a target practice gun, it is geared more towards hunting small game. There are specific models for specific games. For example, the SX4 Waterfowl Hunter, as the name suggests, can be used to hunt ducks.

But that is not to say that the general game hunt range is limited. No. With any of the SX4 variants, you out to be able to hunt down most small game from ducks to turkeys. The recoil is quite comfortable for a shotgun. All the variants are easy to pick up and start shooting.

The Winchester SX4 has quite the spread in terms of finishes (no pun intended). You could go stealth mode with a full black finish or deck out in classical walnut. And you could opt for a synthetic stock too. For the more intense hunters, the SX4 comes in a range of camo options too. There is something for all tastes.

In terms of length of pull (or LOP for short), you can opt to go compact, which is at 13 inches or go a full size or 14.25 inches. And as for the barrel lengths, you can have your pick from 24, 26, or 28 inches, making a surprisingly versatile scattergun out of the SX4.

The Gas System and Recoil Management

These Winchester SX4’s come with a self-adjusting gas system. That is to say, that this unit manages to vent any extra gas away from the action. This is achieved by their trademarked Quadra-Vent ports, which are at the front, ahead of the fore. We see the use of their TruGlo fiber-optic pipe as well, situated at the end of the barrel.

The Active Valve system is a key element in the operation of the Winchester SX4. This Active Valve is self-adjusting, meaning that it will allocate the gas pressure as necessary. It allows the SX4 to cycle between different loads without so much as a hiccup.

And the Winchester has you covered even if you plan on shooting the heaviest magnum loads that come to mind. The gasses generated in excess are vented upward and are passed out the Quadra Vents on the fore

This does two things. One, it regulates the bolt speed. Two, it reduces the recoil felt by the shooter. All the while providing a clean, reliable, and jam-free operation. Neat. From the factory, they also include a set of spacers that can be used to fine-tune the gun to meet the needs of individual shooters.

The grip is slimline and is textured to further enhance control and grip. And the control is retained even in the wettest of conditions. Anti slippage is a strong suit of this gun as you are bound to run into the muck in the hunt for ducks.

This gun is seriously lightweight when you stack it against its predecessors. The gun weighs in at 7.15 pounds, which is absolutely stellar for the people opting out for the shotgun as a beginner or for those individuals who have difficulties in handling larger and heavier guns.

Thus, on the off chance, you are in the market for a lightweight hunting shotgun, the recommendations do not get better than that for the Winchester SX4.

There is no “take-up” with this trigger, making it ideal for both hunting and target practice sessions. The best part is that the entire trigger assembly can be taken out as one, making it very easy to clean and give it a bit of maintenance at the end of the day.

Moving on to the body, the camo printed receiver looks quite utilitarian and is great at minimizing glare. We say minimizing, but realistically, there is no glare, meaning that there will be no chances of you spooking out your prey when you are out in the grasses.

This is also helpful as this would not stint the glare of the rising or sun setting into your eyes. The magazine port is quite wide and is at the bottom. And the shells can be slid in quite easily, though, do note that the fourth and last shell takes a little work to seat in properly in the tubular shaped magazine.

The camo finish on the barrel means that the center of balance is a little forward placed on the gun. This works to our advantage as this greatly aids in the follow-through shots and any swings in between. The TruGlo sight seemed to play its part quite well, the targets were acquired quick and easy.

And the bore and the chamber of the SX4 are all plated with chrome. Chrome is one tough metal, and thus, these surfaces are all very resistant to wear. This will last you a while against the grinding of steel bucks and high-density shots. And, of course, corrosion and rust while they are at it, making the barrel quite easy to clean too.

Also, the bore itself is back-bored to about 0.742 inches. This is not a manufacturing fault; this was entirely intentional as the research team back in at Winchester determined that is bore diameter is optimal for 12 gauge. They also claim that this bore diameter contributes to the tightest spread patterns while being consistent.

We would love to go into the science behind it, but this is not the science channel folks. This here is a gun review, and a review is what we will keep it. Like almost all of the shotguns you would find in stores these days, the SX4 also features choke tubes that are screw-in ones.

These choke tubes are the Invector Plus tubes that you would come across many other of Brownings’ offerings, flush fitting, and not obstructive in any way. Also, these choke tubes are much larger than the said offerings. However, they are in tandem with the SX4’s back bored barrel. And they also supply improved cylinders.

This is a feature most people overlook on guns. We cannot stress this enough. The safety of a gun is one of its principal parts. It is not just because you would need to know how to unload or take apart your gun by yourself when it is not in use.

You will also need to make sure that you and those around you exercise maximum levels of safety when the gun is in use. Guns are a tool, and as such, they can be quite dangerous. There are plenty of cases where people ended up heavily injured because someone mishandled a gun.

Thus, it is very important that the gun you acquire has some safety measures, and that you can enable or disable those safety features as you go along. Considering the model in hand, the Winchester SX4, the safety button is quite big and substantial. You ought to be able to activate or deactivate it on the fly.

In essence, Winchester SX4 is a lot safer than other offerings because of that enlarged safety. The safety is also an ambidextrous one, meaning that you can use the safety regardless of being left or right-handed. Thus, you can find and activate or deactivate the safety easily.

The trigger guard opening has also been made much larger. Thus, if you wear gloves whilst using this gun, you will have no problems reaching in for the trigger guard.

Here we have the most commonly asked queries regarding the Winchester SX4.

Can I use a choke with my Winchester SX4?

Of course. All SX4s come with flush-mounted choke tubes on the cylinder to attach chokes.

Is there any difference between the Winchester SX4 and the SX3?

Winchester SX3 makes use of what is known as Inflex Technology to control the heavy recoil. On the Winchester SX4, however, it is taken a step further by including a butt-pad with a greater surface area than that of the SX3.

This, combined with the Inflex Technology, helps negate more of that recoil, both horizontal and vertical.

Where are these Winchester SX4s manufactured?

The bulk of the SX4s in operation today was manufactured in Portugal by Browning. Previous iterations, the SX2 and the SX3, were manufactured by FN in Belgium.

Is there anything in the Winchester SX4 that prevents shot deformation?

The battel in the Winchester SX4 is back bored. This helps bring down shot deformation to a significant extent, and it also helps the shooter achieve shot patterns that are uniform. Thus, you can nip targets at long range even with rapid draw and fire.

Lightweight and front balanced, it does not have any steep learning curves, and you ought to be able to master one in no time at all.
We hope you had as much thrill reading our article as we had writing it. Happy hunting.