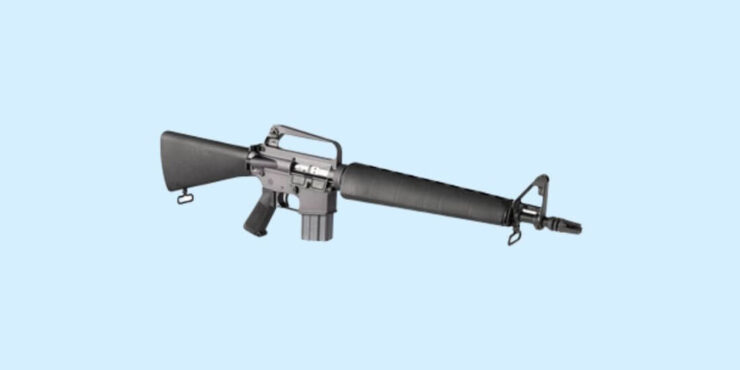 If you’re a gun collector or a gun enthusiast, you’ll be familiar with Retro Rifles. These have been emerging as a trend recently, and everybody has been wanting to get their hands on them.

So what makes these so special? Well, these are replicas of classic rifles manufactured more than 50 years ago. The original ones are very expensive, so many opt for these replicas, which can deliver the same classic design and performance at an affordable price range.

If you’re looking for a great retro rifle for your collection, you should check this Brownells BRN-605 guide. You’re sure to find its features handy.

Retro Rifle replicas have been filling the market these days as classic rifles have made a comeback. One of the many manufacturers that have joined in on this industry is Brownells, a long time manufacturer of firearms.

Modeled after the classic Colt 605, Brownells has released its version known as the BRN-605 to add to its long list of retro rifles. This classic rifle was made way back in the 1960s and never really got success, and no one adopted it but it did mark a new era for guns and served as a stepping stone for today’s M4.

With its recent comeback, it offers a lot more promising features. It fully adopts the original design while adding in a few tweaks to enhance its overall performance. And the best thing is that it goes for a pretty affordable price.

Great durability, enhanced performance, nostalgic design, these are just some of the things this rifle offers. To get to know it more, let’s go right into getting to know its features.

Both the upper and lower receivers of this retro rifle are modeled after the XM16E1, which they call XBRN16E1. They’re both made with 7075 T6 aluminum, the most popular metal alloy in the industry because of its toughness. This will make sure they’re unaffected by recoil forces and they aren’t easily damaged.

On the other hand, its bolt is constructed with 9310 carbon steel, this metal increases its fatigue strength and core hardness. It’s also chrome-lined, so it’s resistant to corrosion. You can freely use it under any weather. And it’s sure to last longer.

To top it all off, it uses a reinforced polymer to give it that neat black look just like the original but adding more durability to its entire frame.

One reason why the Colt 605 wasn’t successful during the time was its reliability issues. This was because it had a truncated barrel that shortened its dwell time.

To fix this issue the BRN-605 has a more enlarged gas port so that its carbine runs more smoothly. It works best with an M-193 ammunition type with 55-grain bullets. Underpowered ammunitions and steel cases may affect its performance.

This rifle is very lightweight despite its tough structure. Carrying it around won’t give you any added struggle. You also won’t be weighed down by any added weight when you shoot.

For its buttstock, it uses a handguard with a triangular shape, which is very much alike to the look of the iconic M16. It offers a pretty good grip too.

Like the original, this had retained the gas tube with the same length as the rifle. It also has a standard three-prong flash hider which is pinned and welded tightly in place, so it’s secure regardless of any force or motion it will experience during use.

There’s a forward assist, but there is no shell deflector for this rifle. And it’s compatible with the .223 Remington.

When buying a Retro Rifle or any rifle, price ranges are an important factor to check. You need to be making sure you’re choosing one that’s not overpriced. No one wants you to go beyond their budget as much as possible. Well, with this rifle, you definitely won’t.

With all its great features, many are surprised that it comes with such an affordable price tag. It’s a great deal for so many reasons. You’re getting an upgraded version of the original complete with its classic look, some of its original features, and some 21st-century innovations.

This would make a great addition to your gun collection and will prove to be a worthy investment in the long run.

Are retro rifles just as good as the original?

Retro rifles, when compared to the original, have enhanced performances mainly because manufacturers make some additions to its features to fix any known issue they had at the time they were first manufactured.

What ammunition can I use for this rifle?

Brownells recommends that it is better to use M193-type with 55-grain bullets for your ammunition because this will give it a smoother performance compared to underpowered ammunition.

Why is the gas port larger than the original?

The gas port for this was enlarged to help the carbine run smoothly and increase reliability because this was one of the issues of the original Colt 605.

Does this have a strong recoil?

Compared to others, the recoil of this rifle is pretty soft, and this is because of its relatively short barrel design and long gas system.

Why didn’t the Colt 605 become successful?

There were various issues with the Colt 605. One of these was its shot dwell time due to its truncated barrel. It also had reliability issues because its gas port wasn’t large enough.

What is the difference between a rifle and carbine?

Both of these weapons are similar in appearance, but they do operate differently. Rifles have barrels that are greater than 20 inches; the barrel has grooves making the bullet spin. On the other hand, carbines are shorter and lighter with barrels less than 20 inches.

This BRN-605 review just goes to show that this retro rifle has a lot more to offer. There are a lot of impressive features you’ll find useful. It’s a pretty great deal for its price. And it’s great for either going hunting or to the shooting range.