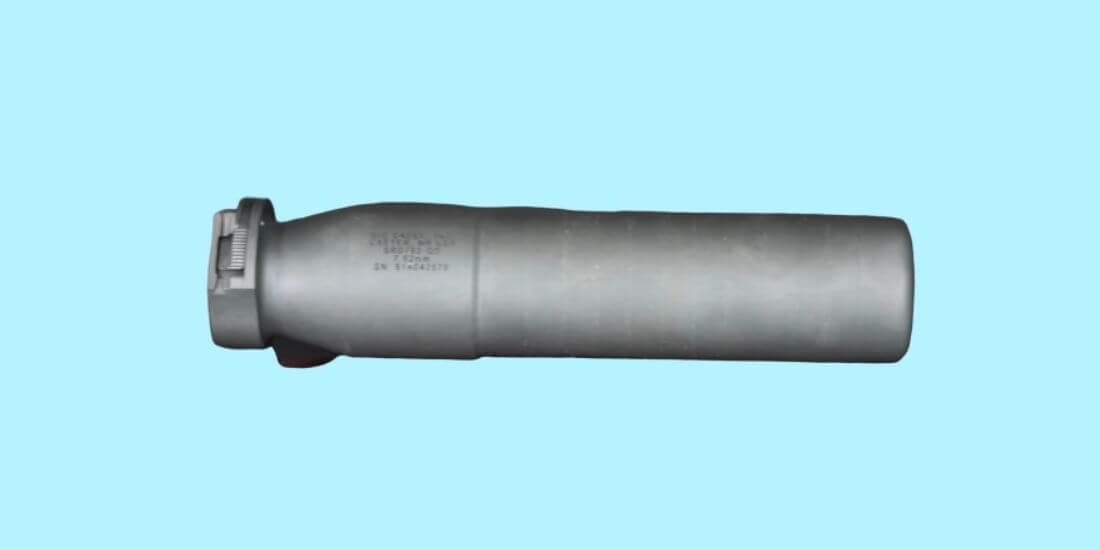 A suppressor is a very useful tool to use alongside your gun, helping to reduce the sound your gun makes when it fires. Though many new users ask a common question before buying their suppressor – can a suppressor be used on different calibers?

The short answer is yes, but the long answer is a bit more complex. There are a lot of variables to consider, and there are cases when the versatility of your suppressor isn’t worth exchanging for performance. This article will try to explore that in more depth.

Does One Suppressor Fit All Calibers?

Multiple caliber suppressors are usually more popular than caliber-specific suppressors and are generally recommended for most people.

Are There Differences in Performances between Suppressor Types?

Some might wonder whether there are any differences in performance between different suppressor types and whether one suppressor masks noise better than the other. The answer is that there isn’t a noticeable difference.

How well a suppressor works is primarily dependant on its construction and materials used to make it rather than the type of suppressor. A poorly fitted suppressor will not do its job as intended, but using a multiple caliber suppressor alongside the correct adapter will fix the issue.

Are There Any Cases Where I Would Not Use a Multiple Caliber Suppressor?

Rarer gun types might not be compatible with multiple caliber suppressors because of how they are constructed.

It is also important to take note of pressure limits. The sound you hear is caused by the release of high pressure. A suppressor tries to suppress said pressure by absorbing it. If a particular gun or ammo type produces too much pressure, then your suppressor won’t work.

And it would be better to invest in a caliber specific suppressor. It’s because of these variables that despite their popularity, multiple caliber suppressors aren’t always the definite answer.

They are good for beginners who probably aren’t experienced or well versed enough to know all the details and will be overwhelmed.

However, this brings in a different issue. Bigger suppressors are heavier, and while they can fit more guns, they can dramatically add more weight to smaller guns. This will make the gun much more cumbersome to use and will most often throw off a person’s aim.

A specific caliber suppressor for a smaller caliber gun will usually be much lighter and thus will not increase the overall weight of the gun by so much that it becomes difficult to aim with. In these cases, it is often not worth using a multiple caliber suppressor.

Setup and Faster Use

Having one caliber suppressor for multiple guns has its issues. The main one is that you constantly need to change the suppressor from one gun to the other. This somewhat wears down the suppressor, especially if you switch frequently.

The other problem is that it is time-consuming. If you want to be able to switch guns on the fly without having to switch suppressors, it is better to invest in specific caliber suppressors.

You can keep the suppressor attached to the gun at all times and only need to take it off for cleaning in maintenance. Do note that depending on the number of guns, this setup might become expensive.

Many multiple caliber suppressors come with interchangeable end caps, which helps with their versatility. Matching the right cap with the right caliber will yield the best results, but mismatched caps can get blown off.

As you can see, this makes changing suppressors between guns a bit more cumbersome, and a mistake can lead to a small accident. You should be extremely careful and remember to check the cap each time you change the suppressor.

As you can see, it is indeed impossible to use one suppressor for multiple calibers. However, there are situations where it might not be ideal, and hopefully, this article has helped you learn about the pros and cons of multiple caliber suppressors.