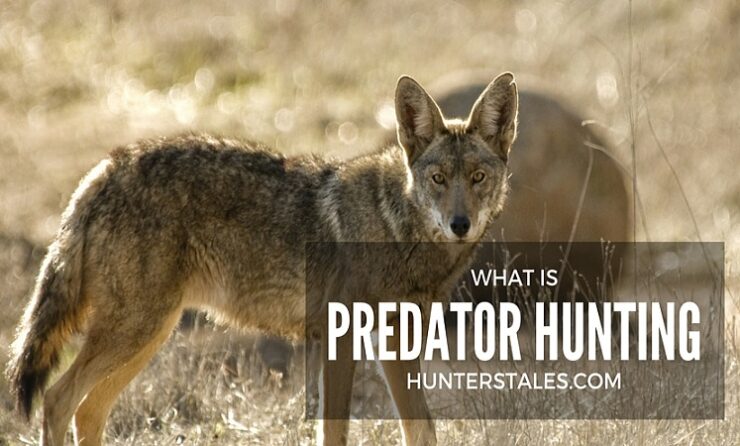 Predator hunting is a common practice among many hunters and hunting dogs. Hunting predators is not the same as hunting game for food.In fact most of the time you don’t eat predators.However, it is considered a practice whereby you are hunting predators such as coyotes and other vermin that have or will potentially be nuisance or a threat within your living environment. Hunting predators can be challenging, as well as, dangerous at times.

In the United States the most common predator hunted is the coyote. Some states also allow the hunting of cougars, foxes, bobcats, porcupines, skunks and raccoons, as well as other small vermin and pests.

Most Common Reasons To Hunt Predators

Most predators are scavengers and are not very good eat or even a good source of food. However some have tried things like coyote. I don’t personally recommend it though.

There are several main reasons why people will actually hunt predators and other vermin that they don’t intend to eat. Many of us have been taught only to kill what we will eat and don’t be wasteful. This is truly an important rule in the hunting community. However, predators can be a threat to other animals and humans as well, as some of our crops which is a good reason to hunt them. Many predators are a threat to our food sources, way of life and our businesses. The main reason why people hunt predators include:

State Laws Regarding The Hunting Of Predators

Each state in the U.S. has its own laws pertaining to hunting predators such as coyotes and bobcats. Some states only allow you to hunt them on private property, while other states will allow a special season to hunt them and a bagging limit for hunting them. Other states have no limits. It’s a good idea to check your state laws before you begin hunting predators. You may or may not need license or permit to hunt them. However it varies greatly from state to state that’s why it is so important to know the laws and regulations.

Is There Profit In Hunting Predators?

How To Hunt Predators

Hunting predators is no different than hunting other animals. You use your hunting rifle or bow to hunt them. Some hunters will use calls, especially for coyotes. Other people will set up fur traps, however, there are laws and regulations for trapping fur. Due to these regulations on trapping please visit your local DNR or government website to check out all the laws before you go out trapping. Also, hunting dogs can be used to hunt predators as well, however, some predators may harm your hunting dogs, so be cautious with that. Always know beware of the situations you are in so that you can protect your hunting dogs from predators who will prey on them. Here is a Youtube video that shows a couple of experienced predator hunters who are describing how they hunt coyotes and show you how they hunt and bag a coyote:

Predator hunting is when you hunt dangerous animals that prey on other animals, livestock and your crops. These predators are a threat to our way of life, our profits, our food sources and to our livestock. Many people choose to hunt these predators in order to help keep healthy populations of other animals stable, such as deer. There are some people who are truly against predator hunting, however, most hunters understand the need to hunt these animals.Without population control, predators like coyotes can wipe our deer populations out entirely. This is why it is quite valuable to have hunters that will lower predator populations. There has to be an even balance in nature.

I would like to thank you for taking the time to read this article on predator hunting. I hope you walk away with a little more understanding and knowledge of what it means to hunt predators. If you have any questions, concerns or comments please feel free to comment on this article. Also, don’t forget to share this article with your friends and family! Thanks again! Happy hunting!