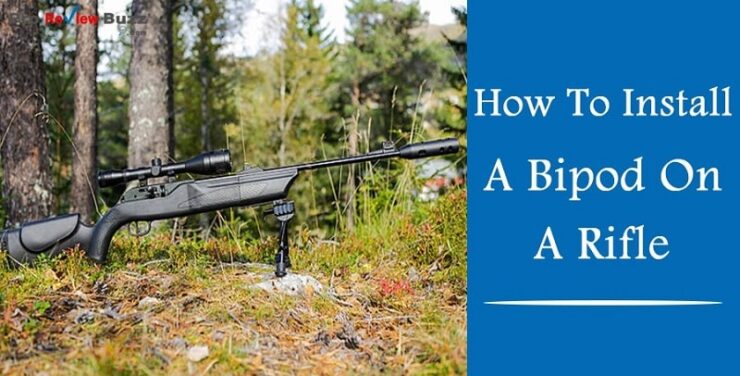 Do you know what a bipod is? A bipod is a detachable device mounted on weapons to help the gun holder have extra support and make the gun or rifle, in this case, steady. The device gives the weapon additional support using a two axes motion design that can either be up to down and side by side.

Bipods have become a critical accessory used on machine guns and rifles. When they are attached, they give the gun a forward rest and reduce the motion created when the weapon is fired. It is common to see a bipod attached to weapons that have long barrels.

Suppose you are in a life or death situation. In that case, bipods give gun operators an easy rest for weapons on surfaces like sand, rocks, pavements, and even grass, significantly reducing the fatigue experienced when handling a rifle and considerably increasing the stability and accuracy of the weapon.  Designers of bipods have made sure to make the device adjustable in length and position.

The device’s flexible nature allows it to tilt; a titling point is positioned next to the barrel’s central axis, a feature that will enable the weapon to lean either on the right or left side. Additional design can allow the gun holder to rotate the gun from side to side. Lastly, these devices have a folding mechanism that enables the operator to store it either by folding it away from themselves, towards themselves or in a vertical foregrip.

For semi-automatic rifles, the bipod needs to be installed properly. Manufacturers of bipods have ensured that the device attaches easily to the AR15’s Picatinny trail. The AR15 bipod is designed to utilize a quick attach and detach technique to reduce setup time significantly.

By picking the best bipod, you can get extra perks from the weapon, including learning capabilities during firing. Additionally, the best bipod will get you extra efficient recoil resistance without relying on your strength to hold down the rifle. That said, rifle bipods that give you a low position are the best and suitable than those that provide a higher place.

Several short bipod manufacturers provide the device in top-of-the-line gadget conditions. These manufacturers include UTG tactical Bipod, Tip Top rifle bipod, and Engineering bipod. These examples are suitable for your AR15 rifle semi-automatic. First of all, this bipod sare the best since they allow you to quickly attach them to the Picatinny rail without using an adaptor. The devices listed above also come with a quick-lock mechanism that improves their functionality.

With these bipods, your target accuracy is greatly improved and straightforward. Note: you should make the best bipod selection before installing it on your rifle to make the process easier and get the best weapon performance.

How to Install a Bipod on a Rifle

Bipod installation on an AR15 rifle

Rifles are generally volatile weapons; their recoil feature makes them shift from side to side or up to down in a way that reduces the stability and accuracy of the shot. Hence, the installation of a bipod on a rifle is critical, especially when you are hunting.

The bipod plays a stabilizer role on a rifle, where it dramatically improves the shot accuracy and maintains a balance between multiple shots. By mounting a bipod on a rifle, you considerably conserve the gun’s steadiness when you fire. It makes it very essential to pick the suitable bipod to install on your rifle.

The process of installing a bipod on a gun can prove complicated, but you will find the task relatively easy by following the correct instructions. With a semi-automatic rifle like the AR15, installing a bipod can get you frustrated.

Bipods are installed depending on their structural configuration properties. Most bipods can be attached to a swivel stud on the rifle, while others can directly be attached to the gun without the need for an adaptor. One of the most demanding procedures when installing a bipod is securing the bipod on the Picatinny rail.

Installing a bipod partly depends on the state of the rifle. For an AR15rifle, the bipod chosen must directly fit the weapon appropriately. The basic installation process is:

The above steps are vital in the installation of a bipod on the AR15 semi-automatic gun. The selection of an appropriatebipod reduces any chances of having difficulty during the installation process.

A bipod is commonly used on rifles with a long barrel. Air gun biocides are typically used to add support and stability to the gun in a mechanism that provides forward rest and reduced motion. Air gun operators are advised to rest their weapons on the ground or other objects to get the most from the bipod. It reduces their chances of getting fatigued and increases their accuracy when shooting.

Does your gun have a sling stud? If your weapon has a more traditionalsynthetic or wood stock as commonly known, you will have to install the sling stud by yourself or take your gun to a gunsmith to have it fit before you can mount your bipod. Don’t worry. The process of installing a sling stud is relatively easy.

Take Your Bipod Rifle on a Ride

Once you have successfully mounted your appropriate bipod on your rife, it is time to put the device to the test. You have the option to go hunting depending on your state and the regulations, but if your state has restrictions on hunting, you can go to a shooting range and have your set up.

When testing out your newly mounted rifle bipod, make sure you lay down your rifle, preferably on the ground or a generally flat surface. Check the height of your rifle after installing your bipod. Remember, the best bipod is the one that does not raise your rifle very high. In case the gun feels more heightened than it should be, you probably picked the wrong bipod, and you will; need to change or else have your shot accuracy greatly affected.

Lastly, check to see if your rifle is more stable and if your shot accuracy has increased. If you had perfect aim before, you will probably not use less time to eye down your target. Still, if your objective initially was terrible, you will experience a significant improvement.

Follow the installation procedure above to mount your bipod and happy hunting.