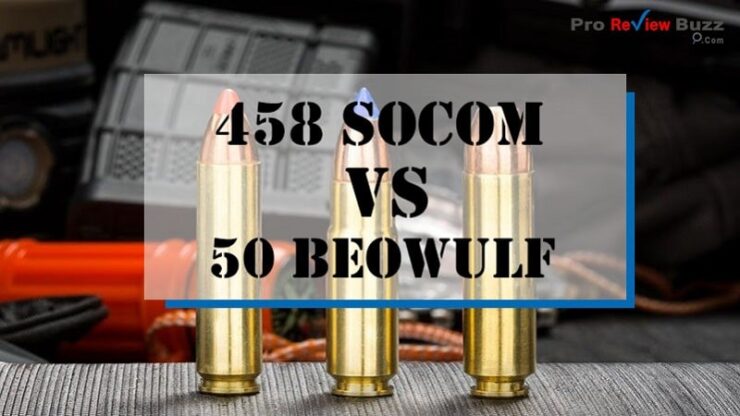 If you are stuck between choosing the best big-bore cartridge, be rest assured that you can never regret going for the .458 Socom vs .50 Beowulf.

These two cartridges feature extensive designs, and they are prevalent in hunting ventures. They are also the real deal for many other uses like protection. However, since these two cartridges have a lot of similarities, you can still find it too difficult to choose the .458 Socom vs. .50 Beowulf.

Unlike other comparison articles, this article will not be after looking at which cartridge is the best among the two. However, this article will be giving you an unbiased review of these two cartridges. When you are equipped with this information, you will be better positioned to make up your mind according to your preferences.

The choice of what is best for you always comes down to your personal preference after understanding a lot about both cartridges. This article will address the ballistics and several other categories of these two cartridges to help you decide on the cartridge that suits your hunting specifications and preferences. 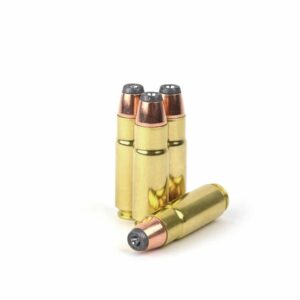 The .458 Socom cartridges were designed to perform a specific function. The name ”SOCOM” is an abbreviation meaning Special Operations Command. Special Operations Command is a unit of special operations that were not impressed with the 5.56 ability; they saw it as ineffective in taking down an enemy using only a few shots whenever there was combat, especially when using M4 and M16.

These dissatisfactions led to a number of experimentations and deliberations that led to the launch of .458 SOCOM in the early 2000s. It started as a .459 in the year 2000. Afterward, Tromix designed the first .458 Socom cartridges in 2002. This cartridge design can fit bullets with a much larger diameter that has more force than the 5.56 rounds. The .458 can also be used with AR magazines. It could also incorporate the .458 Socom upper receivers.

The .458 cartridge is also popular in civilian shooting as well as among hand loaders are AR enthusiasts. For years, this cartridge has been known as an excellent low-velocity hunting gun and a perfect home defense machine.

Today, Tronic and several other companies in the United States manufacture the .458 Socom, although its availability is still limited. 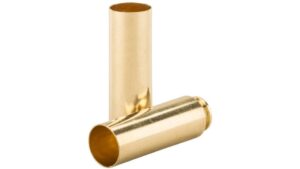 Just like the .458 Socom, .50 Beowulf production set off in the early 2000s. The manufacturers of this riffle aimed to provide a firearm with a large-bore cartridge that is compatible with the AR/15/M16 weapons. These weapons would only work with 5.56×45 rounds.

The traditional rounds had a lower stopping power, while the .50 Beowulf has a shattering power in middle-range shots and short ranges.

The .50 Beowulf gave the military advantage over their enemies since it has specs similar to a semi-auto tactical rifle and a .45 to 70 cartridge. The police were also impressed by this cartridge’s specifications and designs since they primarily dealt with close-quarters situations to act with an urgency to neutralize the enemy.

The cartridge is popular for self-defense and in the hunting world as well. The production of .50 Beowulf is relatively slow compared to other cartridges, but it is steadily improving.

While most bullets weigh 300-350gr, one can use much heavier options for subsonic rounds. 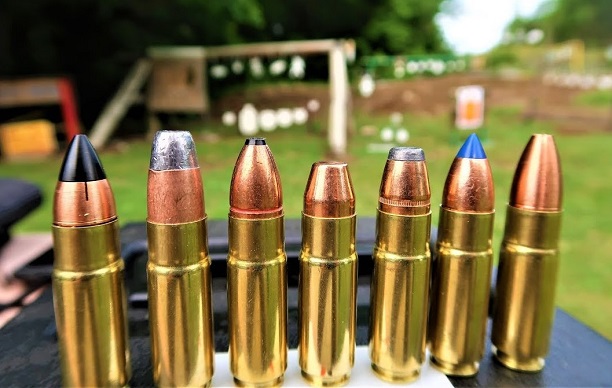 It is essential for you to get to know about the ballistics of both of these rounds. Knowing the ballistics will give you an idea of the kind of performance you expect from the round you will choose and its limitations.

In general, both of these two rounds have a low velocity. The two guns were designed to work best in close encounters of about 400 yards to 500 yards. With close encounters, there is no need for a lot of expansion.

The .50 Beowulf will show a slightly higher muzzle, but it losses its edge after some use. After recording the difference between .458 Socom vs. the .50 Beowulf at 100 to 200 yards, the .50 Beowulf emerged with a higher velocity.

When it comes to the path that the cartridges follow, the two rounds have a slight difference. After firing, both rounds follow the same trajectory right from the muzzle until a distance of about 150 yards.

When the rounds continue moving after 200 yards, they start to follow a slightly different path. The .458 Socom has a lesser bullet drop when compared to the 50. Beowulf. The gap of the paths widens further after a distance of 300 yards and more. The 458, after 300 yards, continues to display a flatter trajectory.

After 300 yards, both the bullets show a confusing trajectory that can trouble even a skilled shooter when aiming at a target.

Both cases are, therefore, losers in this category.

Do you know the importance of BC? Well, this feature gives you a hint of the streamline of your bullet. A bullet with a higher BC indicates that the shot can resist wind drag when heading towards your target.

Both cartridges are characterized as having low BC values. Looking further at the Bc of each cartridge, the .458 is slightly higher than the .50 Beowulf. However, the BC of the .458 Socom is still low.

The low BC of these cartridges are caused by the fact that they are both designed to deliver a high force to a target that is in close range. Therefore, the bullets that accompany these cartridges usually have a flat nose that is not good at resisting drag. 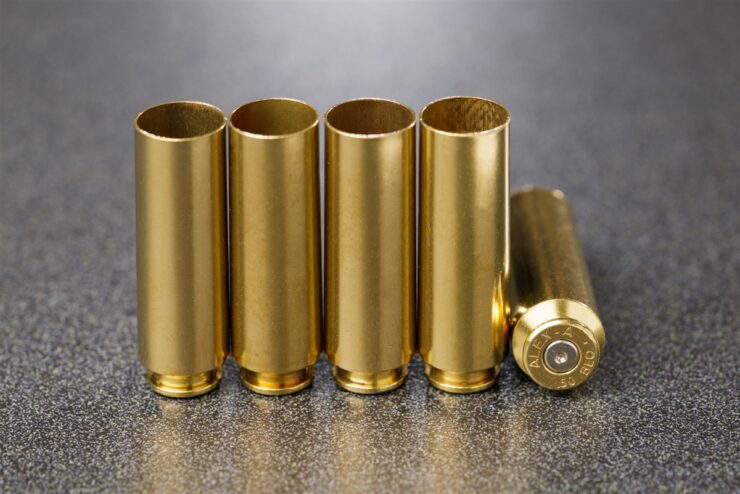 The .50 Beowulf rounds, on the other hand, generally fall at 39-31ftlb range thanks to its higher muzzle velocity.

If you intend to possess these rounds for home defense or hunting, you must consider their stopping power so that you own a cartridge that will suit its purpose.

Energy refers to the kinetic energy that accompanies the bullet after it has been fired from a gun. You would want to neutralize your target in the events of self-defense and hunting.

The .50 Beowulf cartridge exhibits higher bullet energy when shot from the muzzle than the .458 Socom. The energy difference narrows after the bullet has traveled within 200 to 300 yards. However, the .50 Beowulf still takes the lead of the amount of the strength of the shot.

Since the .458 Socom has a smaller bullet diameter, its penetration power is higher.

The bullet diameter of the .50 Beowulf is wider; therefore, it has lower penetration ability.

The design of the .50 Beowulf is effective when your targets are at close or medium range distances making it more popular among the military at vehicle checkpoints. The round is heavy. Furthermore, obstacles like the vehicle’s body and glass do not affect the round’s flight path.

The high stopping power at short distances of the .50 Beowulf makes it the most preferred among game hunters, especially hunters after bears or people who need a greater self-defense ability against big game attacks while in their hunting expedition.

To understand the accuracy levels of these two rounds, you should go back at their ballistics. As explained earlier, you could note that they both have almost the same ballistics with very slight differences.

If you wish to take shots within a range of 100 yards, one cartridge carries an advantage over the other.

When firing below 100 yards, you should go for the .458 Socom rounds because they have a higher velocity, flatter trajectory, and higher BCs than the .50 Beowulf.

Recoil is another factor that you should note since it affects the accuracy of the rounds. The .50 Beowulf has a higher coil force on average. Nevertheless, both the .50 Beowulf and the .458 Socom provide enough coil making it hard to make accurate shots.

However, if you are a skilled and experienced marksman, you can set the recoil of these rounds to be more convenient to achieve accurate shots even when shooting quickly.

When working with any weapon, you need lots of practice to better your ability to aim your target. Practice some patience, and you will become more accurate when using either the .458 Socom or the .50 Beowulf. 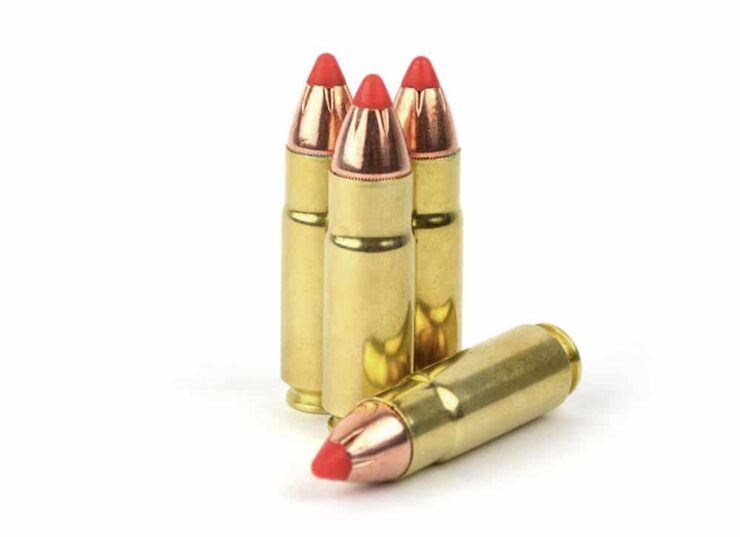 Since both the .458 Socom and the .50 Beowulf are obscure, their ability is quite scarce. These rounds have a lesser market as compared to their hunting and tactical rounds counterparts.

These rounds’ availability is limited, especially when you are looking for them in a retail store. If you are lucky to get them, you will still find that you have limited choices of both rounds.

However, with online markets, you have a larger platform where you can shop for these rounds where you can find the specific rounds that you prefer to purchase.

Talking about the price, you should understand that both rounds come in different options. Some of the options are the expensive types, while the other types are less costly.

Also, it is worth noting that when the supply is slow for every product, these commodities’ prices tend to be much higher, especially when the demand is high. These rounds are not as readily available to civilians yet since they are designed for military use.

However, these can likely change after some time since the military is opting to use other types of rounds more than the .458 Socom and the .50 Beowulf rounds. The lesser the military uses them, the more they will be available for civilian purchase, and the more their prices will reduce.

Since both cartridges are reliable, you can be assured that you will save a few bucks, especially if you are a hand loading fan.

With this detailed and unbiased .458 Socom vs .50 Beowulf review, the two rounds have many similarities, but they still have a few differences in design and functioning.

Both rounds are suitable for home defense since that is what they were initially designed to do.

You can also choose them to carry out a successful hunt when hunting for medium-sized and large games positioned up to 200 yards away. However, for hunting that is more than 200 yards, you better pick on the .458 Socom to achieve more success.

The recoil of the rounds is within manageable limits, so it should not cause too much concern.

At the end of the day, the choice of the best bore bullet between the .458 Socom vs .50 Beowulf lies in your hands since you understand your preferences and requirements. You should consider your cartridge preference, you skills, the goal you want to achieve and the cost of the cartridge when choosing the best cartridge.

Since these considerations change, we cannot pick or advise on the most preferred cartridge that suits everyone.

However, since have all the information at hand concerning the .458 Socom vs .50 Beowulf, be assured that you will make the right choice when shopping for your cartridge.