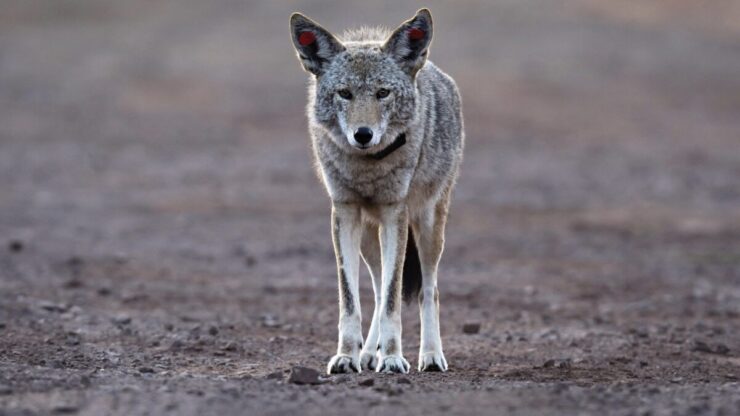 Living in open urban areas can be quite an adventure especially if there are woods around. Taking a walk in fields covered with tall grasses and shrubs is very thrilling but it is best if you avoid doing this at nighttime. Despite the fact that the night breeze has such a cool and calming effect, you will need to be very careful because there is a possibility that you could run into coyotes. For people who live in areas with a lot of coverage such as thickets and bushes, there is a tendency for coyotes to hang around or close to their homes. Usually, coyotes prefer to live away from humans (and their residential areas), so this tends to create the assumption that they like deserted places.

Coyotes are animals so closely similar and related to dogs that sometimes they could be mistaken for dogs, but they are much wilder, unlike dogs who are tame. The natural habitats of coyotes consist of grasslands, mountains, and deserts; as long as they are open areas. Most of their habitats have been encroached on by a man who has settled in these areas, and because of this, coyotes have had to migrate in order to locate new habitats where they could reside away from human detection.

Although the coyotes migrated after a man started to settle in their habitats, coyotes are still seen once in a while (at rare times) and especially at night.

The Physical Description of a Coyote

Physically, coyotes possess certain features such as a bushy tail that droops, a thin face, a lean body, yellow eyes, large ears which are triangular and perked upright, a black nose, and a slender muzzle.

In addition to these features, most coyotes are seen to be black or grey, though the coyotes found in warm climate areas are usually tawny, yellowish-grey, or greyish brown in color. Most of the coyotes with darker coat colors reside in cold climate areas. Coyotes are usually medium-sized; not so large, but also not so small. Adult coyotes commonly have weights that range between 25 to 35 pounds, but it is possible for some adult coyotes to weigh as much as 42 pounds.

Like dogs, coyotes rely a lot on their sense of smell. The nostrils of a coyote are very sensitive to smell and have been seen to smell as intensely as those of a dog’s. Like wolves, coyotes form and move in packs. The pack a coyote chooses to be a part of could consist of its mate and children, or it could consist of other coyotes that it is not related to.

Coyotes prefer to move in packs because there is strength in numbers; being in a pack means that safe territories can be marked, protection will be available for the members of the pack and hunting prey will become easier than if a lone coyote faced all these challenges by itself.

A pack of coyotes is usually made up of about 5 to 6 adult coyotes, coyote pups may also be included in the pack. Sometimes, a coyote pack can also consist of only the coyote pups and an alpha pair.

Coyotes can decide to leave their packs and become solitary, solitary coyotes can be young coyotes or even older and adult coyotes (both males and females).

Some reasons why coyotes leave their packs:

If left in the wild, a coyote has a life expectancy of about 3 years, but if captured, it is possible for a coyote to live up to 15 years.

Coyotes are wild animals who can cause a lot of damage to humans and livestock, in order to minimize or fully get rid of the presence of a coyote, you will need to hunt and bait the coyote. Hunting a coyote can be done for different reasons; it can be done as a form of coyote population control or just as a pastime activity.

In order to effectively bait a coyote, there are a few things you will need to do:

Steps To Take When Baiting a Coyote at Night

Baiting a coyote is not just about you getting some food, placing it in a spot and waiting for the coyote to show up; it goes beyond that.

For you to successfully bait a coyote, you will need to be tactical as coyotes are extremely smart.

Even if you use a bait, coyotes could still be wary and may not even want to take the bait, so you will need to employ other stealthy methods apart from just placing food in a spot and expecting a coyote to come running to it.

When baiting a coyote, it is advisable for you to abide by the following steps:

After following these steps, being able to successfully hunt and bait a coyote is a high possibility.

When baiting a coyote; even if it is just for the fun of it, try not to get too carried away with your hunting plans that you forget to lay down plans for your protection. In spite of having safety plans in place, it is also best if you have certain backup plans in case something goes wrong. In addition, when baiting a coyote, it is best if you take the wind direction into consideration. The wind can be a very powerful tool in spreading the scent of your bait. The availability of good wind presence will make the activity far easier and more enjoyable for you.