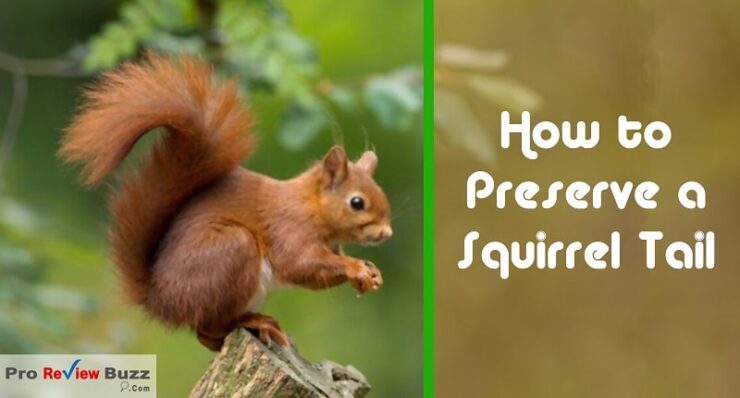 Squirrels are interesting animals that happen to be part of rodents’ family. All over the world there are over 200 different types of squirrels.  While some squirrels prefer to live underground, others normally live especially on top of trees.

Given that they live on the tops of trees, it’s no surprise that they have incredible tales. Tails, you see, play a vital role in squirrels’ lives by assisting them in balancing as they navigate and leap from one tree to another. Squirrels, interestingly, use their tails to regulate their body temperature. Furthermore, they interact with one another via their tails. For example, when a male squirrel is approaching the female one, they will shiver their tails indicating they are up to something.

Squirrel meat can be consumed, but not with the tails. Tails can seem insignificant, but they play an important role in fishing. Most fishermen tend to use squirrel tails to attract and catch fish in a river or lake. That is why you can no longer throw them out, but rather keep them for sale or potential use. As a result, this guide will show you precisely how to keep your squirrel tail

There are different ways one can use to preserve a squirrel tail. While others prefer to keep them together with the bone, others remove the bone before keeping them.

Let now begin by looking at how to preserve squirrel tails with its bones. The following steps will help you accomplish exactly that.

The first step in this process is to detach the squirrel’s tail and retrieve all of the meat without detaching the bone.

Now take a sufficient amount of borax and sprinkle it on the squirrel’s tail. Remember to pay close attention to areas that expose the bone while applying borax.

Finally, take your tail to a warm environment and leave it there for a couple of days in order to dry. With all that being said and done, your tail is now preserved.

While the first process is pretty simple, preserving it without a bone on the other hand is a difficult process. However, by following the following 8 steps, there is no doubt that you will still manage to preserve your tail. This procedures is for hunters who love to make baits , or  makeup brushes

The first step here is obviously removing the tails from the body. Using your sharp kitchen knife, begin from the bottom side of the squirrel tail and slide the knife upwards carefully until you finally detach the tail.

Because we are going to preserve this without a bone, the next step is now to remove both the meat and the bone. So, once you have the  tail detached from the body. Take your knife and gently slide its tip between the skin and the bone.

After the second step, you will realise that the bone is bow exposed. To be able detach it completely from the skin, grab the bone itself and the skin and try to slowly pull them apart. While doing so, be careful not to injure the skin.

Once the skin has been therefore removed and completely detached from the bone. Remove all the meat that is still on top of the skin until it is damn clean. Once you are through with that, take a handful of table salt,  rub it all over the skin, and leave it to dry for more or less than  8 hours.

Once the skin is dry already, wash off all the salt remaining and using a paper towel remove all the water from the surface of the skin.

The final move is to add the borax to the skin. Start by laying the skin on the floor and covering its corners with your hands, then softly rubbing the borax on the skin until you have completed all of the parts.

The last step is to take the tail for further drying in a warm and dry place. Leave it there for more or less than 3-5 days. By then, your tails will be already preserved.

Squirrel hunting is difficult in the sense that it requires a great deal of patience. This is because they are aggressive animals who like to move around quickly. Besides, they rarely come out except during certain times of the day.

Unlike in the past when people used to throw away squirrel tails, today people have learned that besides the meat, the tail can also be used in various activities such as fishing.

There are two ways of preserving squirrel tails. You can either decide to preserve it together with its bone or just get rid of the bone and preserve only the tail. Both steps don’t follow the same procedure though.

As we have discussed above, once you have the squirrel with you, you might want to first begin with separating the tail from the body. Removing the skin and the meat and finally leaving it to dry. If you intend to keep it with the bone, then leave  with the skin and gently remove all the meat between the skin and the bone.

We hope this article was of great help to you and you now know how to preserve a squirrel’s tail.

How to Use a Scope for Long Range Shooting?

What Bow Is Best for Beginners?

How to Make a Turkey Caller